Aubaine is a high end boutique project of single vineyard and estate only Chardonnay and Pinot Noir.  Our founder Andy Lytle has teamed up with esteemed winemaker Isabelle Meunier to make the best possible expression of the Eola-Amity Hills.  Aubaine is the French term for Windfall which is one of the estate vineyards that will be used in future vintages.  The green wave on the label represents the Eola-Amity Hills, and the blue wave represents the winds of the VanDuzer Corridor.  Our inaugural release is the 2019 vintage from the Anahata vineyard.  Pronounced Ō-Bane. 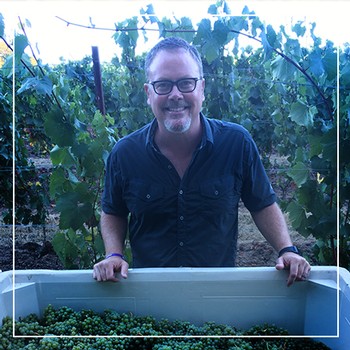 After almost 30 years in beverage alcohol and a passion for the wine business, Andy has found that the best wine and vineyards are usually labors of love. The Eola-Amity hills is where he has chosen to build two legacy properties.

The first is AtTheJoy, a high end luxury retreat surrounded by the Anahata vineyard. The name of the vineyard is the Sanskrit word for the heart chakra with blocks named after translations of the word JOY.  Planted in 2015 to various clones of Pinot Noir and Chardonnay ... Anahata is the first offering of our single vineyard estate wine project called Aubaine... which means Windfall in French.

Our second legacy property is the Windfall vineyard.  A 117 acre masterpiece that sits on the west side of the Eola-Amity Hills starring directly at the Van Duzer corridor.  These winds create the perfect environment for the southwest facing vineyard to show off their world class beauty.   Long warm days with cool night creates the perfect growing experience.

Aubaine will be sourced from these two single vineyard estates and will be a true reflection of the best the Eola-Amity Hills and Willamette Valley have to offer.  Andy feels this area reflects his passion not just for wine, but for the very special culture of winemaking and vineyard growing that has emerged in Oregon. In 2013, he also co-founded a high end sparkling wine project called Lytle-Barnett that sources from the Willamette Valley.

Andy has three children who all have shown interest in the wine business.  He lives with his family in Seattle, Washington and proudly serves on the board of the Children’s Cancer Association, having previously helmed the board for seven years. 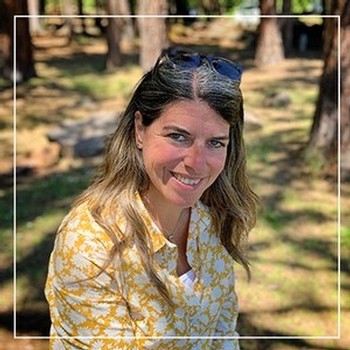 A native of Quebec, Isabelle Meunier studied winemaking and viticulture at the University of Dijon in Burgundy, and in New Zealand at Lincoln University, before gaining practical experience in renowned wineries in both countries.  After a few years gaining experience under the mentorships of French-Canadian Pascal Marchand at Domaine de la Vougeraie in Burgundy, Blair Walter at Felton Road in New Zealand, and Dominique Lafon of Domaine des Comtes Lafon, Isabelle moved to Oregon’s Willamette Valley in 2007 with the start of the Evening Land project she helmed until 2014.   She then started her own winery venture, LAVINEA,  an artisan producer of distinctive single-vineyard Pinot Noir & Chardonnay.   During that time, she’s loved the great opportunity to get involved in select winemaking projects, and with Aubaine Wines in particular, in the heart of the Eola-Amity Hills.  The combination of subtle Van Duzer corridor winds cresting over the gentle Jory soil slope at Anahata Vineyard has created a wonderful vineyard site and wines of distinction, that she looks forward to continue exploring, and crafting from these amazing sites upon many future vintages.

Keep up to date on the latest wine releases, events, and promotions here at Aubaine Wine!